Toy Biz announces a new line of Marvel-licensed action figures, the Marvel Classics. In the tradition of its recent boxed sets, this line is geared toward the collector. No fancy accessories or action features, just dead-on likenesses of some of Marvel's most famous/infamous characters, in their most recognizable apparel.

In an unprecedented move, Toy Biz decided to bring in a new artist to sculpt and define paint schemes for the new figures. This "Cinderella story" design team member goes simply by Arkenyon, and hails from the backwoods of Virginia. And we thought all those hillbillies did was shoot rifles and drive pickup trucks!

Here is a group shot of the figures. Three were finished, and two were still in the prototype stage. At Arkenyon's insistence, all of the figures are sculpted in 5 1/2" scale to ensure maximum compatibility with other Toy Biz offerings. Toy Biz representatives also spoke of a potential deluxe two-pack in the series, but could not give further information. However, they did say that veteran Marvel fans would be very pleased indeed! 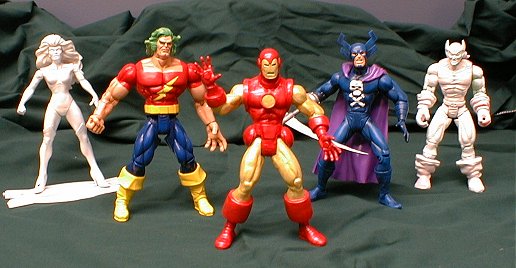 The flagship of the line is Iron Man in his classic armor. Collectors have been clamoring for years to get an accurate version of ol' Shell Head in his sleek red and gold duds. An exclusive vac-metallized variant may also be available. 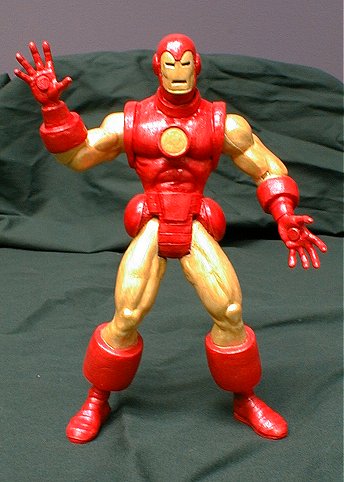 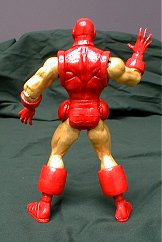 Next up we have Doc Samson. Toy Biz released another version of this character, but it was smaller and less detailed. This time Doc is ripped, gritty, and ready to take on the Hulk! 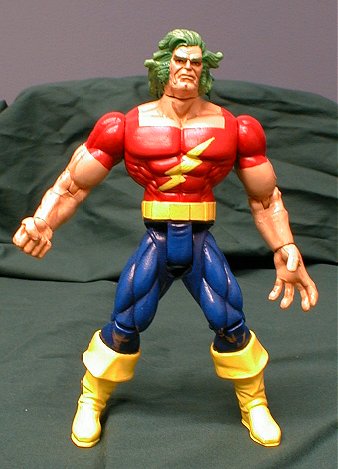 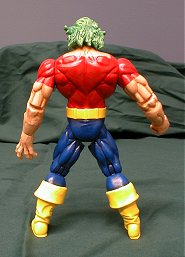 Here is the Grim Reaper figure. This character has a long history in the Marvel mythology. but has never been captured in plastic until now. The blade rotates, but not fast enough to deflect bullets. 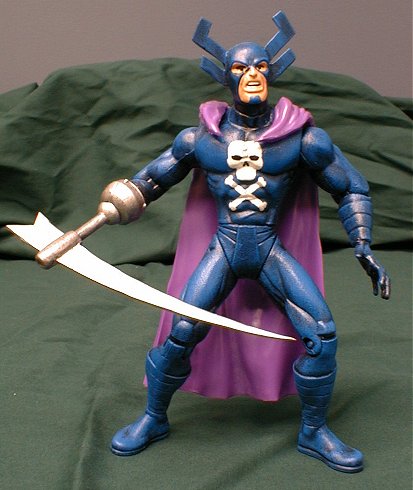 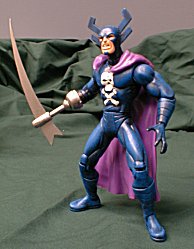 Here we have Dark Phoenix in all of her evil, beautiful glory. This figure too, is larger than the previously released version. Rumor has it that a pre-transformation Phoenix may also be available, with a slightly different pose. 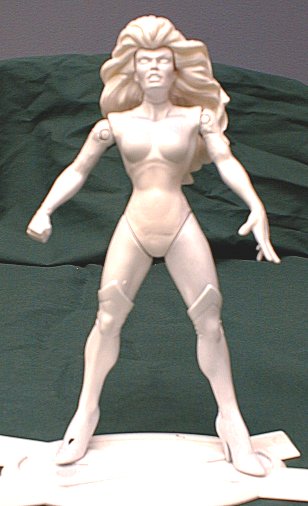 Finally, we have the Green Goblin. This new version is compatible with the more recent Spidey villains, making a suitable replacement for the Spiderman Animated Series version. 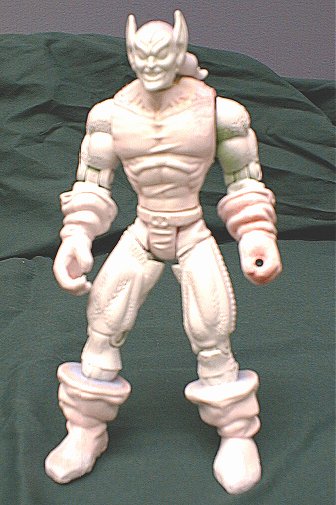 Fortunately, Arkenyon himself was on hand at the Toy Biz display to answer questions. Here is what he had to say:

"When I arrived at the Toy Biz studios, everything was chaos. Marketing reps, artists, sculptors, and the suit-and-tie guys were running willy nilly about the place, trying to figure out what the kids would buy. They were making transforming figures, wrestling figures, small figures, huge figures, animated figures, realistic figures, never-before-seen characters, weird versions of Marvel staple characters; the list goes on and on. Don't tell anyone, but none of the other sculptors had any clue what I meant when I used the words 'style' and 'scale'. It was kinda scary."

"I decided to take matters into my own hands and carve out a niche in the collector market. Recent success by other collector-oriented toy manufacturers convinced me that the market was substantial, and largely untapped. I mean, seriously, Marvel is a tremendous license, let's do something with it!"

"I was in a pinch trying to get the figures done in time for the 'con. This guy Tim was really putting the heat on me to get them finished, so I cobbled together parts from other figures. I wrote down what parts I used so that Toy Biz might be able to save some money by using old molds. I think I even brought the list with me... here it is. I also whipped up a quick logo for the line, but the packaging thing ain't my bag. I always open up my action figures so that they won't suffocate in those little plastic and cardboard coffins."

At that point, Arkenyon went on a rant about a 7 foot Wolverine and a 5 foot Collosus, and lost us.

Toy Biz representatives said the second wave of figures is already in development. They would neither confirm nor deny rumors that the second wave included the Taskmaster, the SubMariner, the Hobgoblin, the Cobra, and Spiderwoman. According to one rep,

"We're giving Arkenyon free reign on this thing, and we never know where he will take it. I've seen some of the other prototypes he is working on - it's exciting stuff. He's unpredictable though. He'll come in and work night and day for three days straight, then we won't see him for several weeks. It drives the execs crazy, but he works really cheap!"