Speed Demon - The vengeance of the Speed Force is a repainted "Vengeance" figure from the Ghost Rider line. Details, such as the horns, were removed then cut-to-size and repositioned. The wrist spikes are from a "Quick Change" Ghost Rider figure. Glow in the Dark paint was used throughout the figure to create an eerie effect. 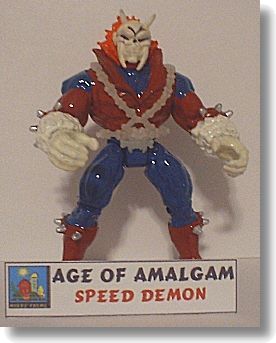