In a surprise move, Hasbro has unveiled a completely unexpected toy line. Apparently, during the inventory of the old Kenner offices in Cincinnati in preparation of the move to Rhode Island, workers found some of the molds from the fabled 4th series of Super Powers toys. Since these molds were basically ready to go, Hasbro management decided to utilize them in what may be their last chance to use the DC license before it lapses later this year. There is no word yet if the line will continue the Super Powers name and packaging, or if an all-new scheme will be used. Hasbro reps also stated that they were considering re-releasing the "Big 7" characters along with the new ones.

While this line-up has been rumored for some time, it is heartening to see that the assortment includes such diverse characters. Blue Beetle, Supergirl, Solomon Grundy, Man-Bat, and an articulated Swamp Thing are long overdue. Black Vulcan was apparently made to continue the tie-in to the Super Friends cartoon. Blue Devil had his own comic at the time these were sculpted, and had even been slated for the third series before being bumped in favor of Golden Pharaoh. The barbarian figure was listed in the inventory as "Nanoc" but the rep on site referred to him as "Bob". Who designed this guy, anyway? Heck, even customs figures are better than this monstrosity. The Hasbro rep also said that molds were found for the New God Metron and Guy Gardner, but they were damaged too severely to be used. 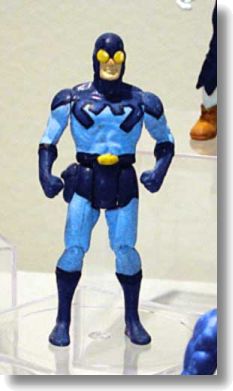 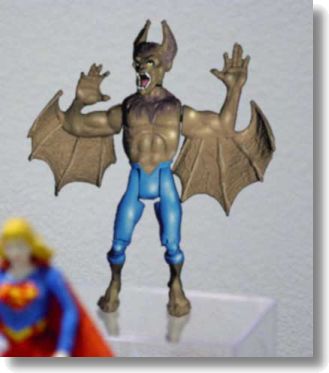 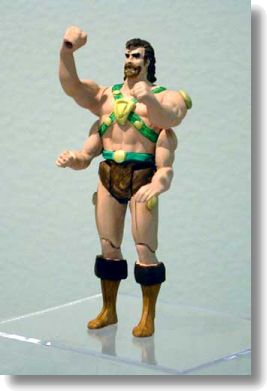