This Batman Beyond line is by Jason Baxter.

Dana was constructed from many different sources, mostly anime girls and a Batgirl.

Terry comes from a variety of sources, but works off a Star Trek base and uses a reworked Hasbro head. 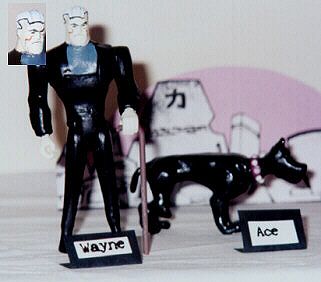 Old Bruce was made from Hasbro's Bruce with Mr. Freeze parts and Creeper feet. The head is heavily modified. Ace was sculpted by Eon. 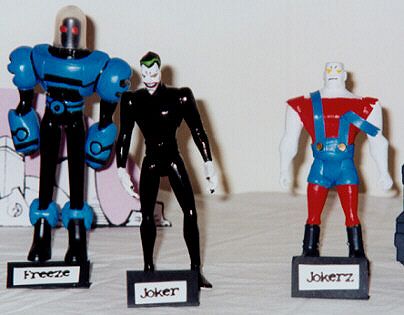 Mr. Freeze was modified mostly from himself, with a number of other parts employed.

The Jokerz gang member was a fun project, from a standard Batman.