This year's DC Direct has announced plans to expand it's already popular Green Lantern Corp action figure line with specialty figures, boxsets and crossovers with other famous characters like the The Simpsons & Final Fantasy. Who better to handle this massive endeavor than young upstart Lars' Action Figures who's showing at this year's Toyfair proved that this small specialty company is more than up to the task. Lars' Action Figures is proud to announce its latest wave of Green Lantern figures.

John Stewart is done in the DC Direct scale and features the Green Lantern as he looks on the Justice League cartoon. This figure features a glow-in-the-dark ring you hold under a light to make it glow. 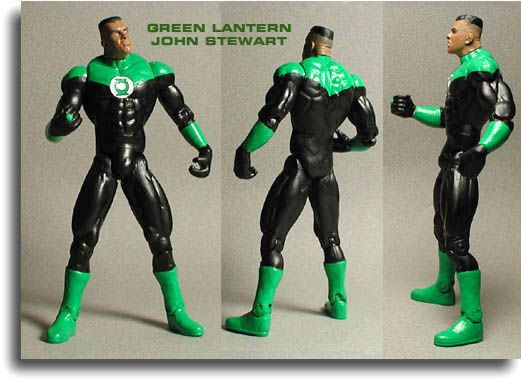 Green Lantern Kaneda is the first crossover with Akira and features a removable power battery and glow-in-the-dark ring. Manga Jade is a super sexy version of the daughter of Alan Scott and former Infinity Inc. member who features a jeweled 'power pulse' on her left palm. 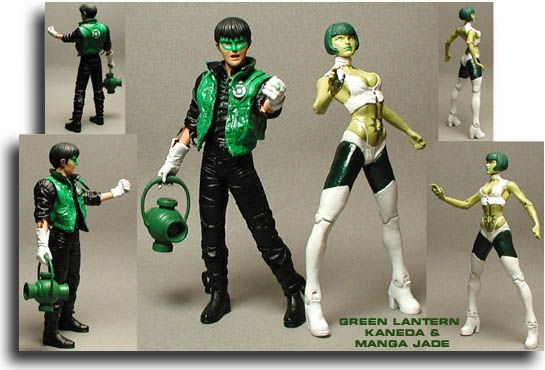 Jade is a JLA style version of the current Jade costume and features a glow-in-the-dark ring you hold under a light to make it glow. 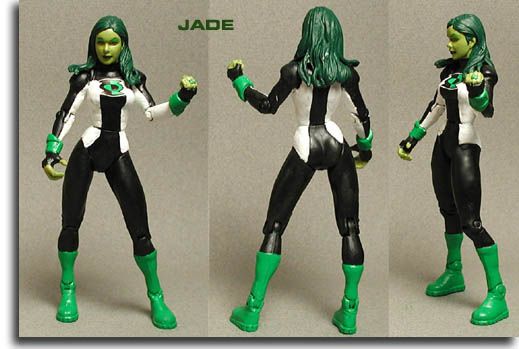 Crime Syndicate of Amerika's Power Ring is in the DC Direct scale and features a glow-in-the-dark ring you hold under a light to make it glow. 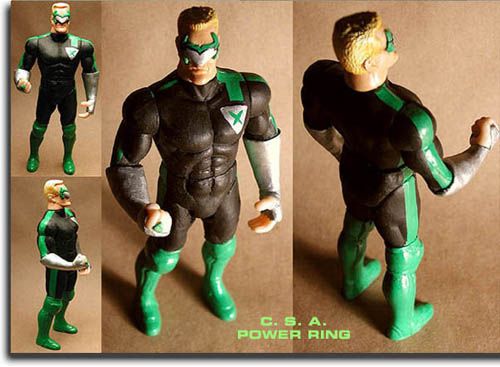 Final Fantasy Green Lantern Corp is a remarkable line of figures combining the two exciting worlds into one amazing toy line. The first two figures are Emerald Fire and the Jade Dragon which comes with removable gun. 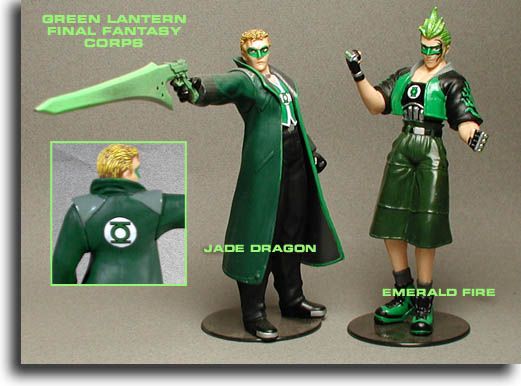 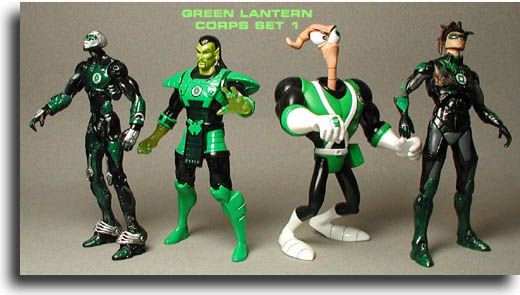