Taking its name from the supplement to the slipcase edition of Kingdom Come, comes a new set of figures that mixes well known characters with some very obscure ones; this means hardcore Kingdom Come fans will be really happy this year.

When we asked why they were making such obscure characters, a DC Direct spokesperson said this about the line: "This set is aimed to collectors, we are aware there aren't a lot of little kids out there waiting for a Norman McCay or a Spartian figure, but we know serious collectors will really appreciate this characters have a chance to see the light as action figures; if these ones sell well we'll maybe be able to release some other KC figures in the near future."

They say future lines may include Bat-Knight, Robotman III, Blackhawk pilot, Alloy (the metal man), The Pepperguard and The Spectre.

Here is a little background on this characters if you don't know them. It's the text from behind the figures package: 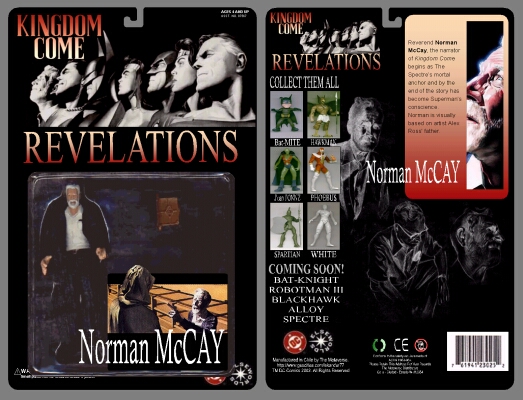 Reverend Norman McCay, the narrator of Kingdom Come begins as The Spectre's mortal anchor and by the end of the story has become Superman's conscience. Norman is visually based on artist Alex Ross' father. 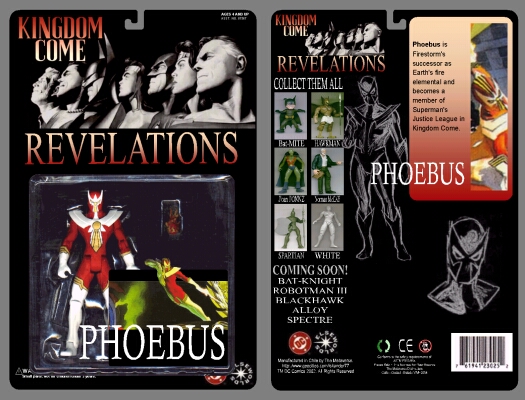 Phoebus is Firestorm's successor as Earth's fire elemental and becomes a member of Superman's Justice League in Kingdom Come. 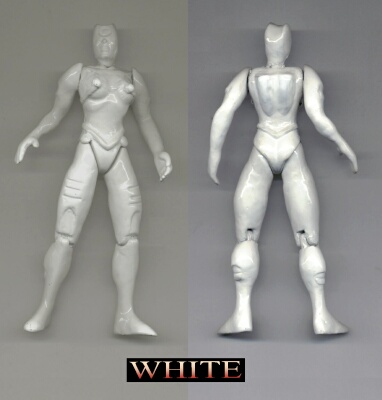 The female shaped member of the robot trio Red, White and Blue. They are sentient robot figures controlled by Lex Luthor capable of manipulating their bodies into complex mechanical shapes with complex functions. 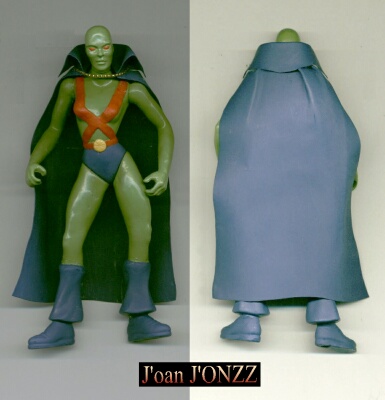 J'onn J'onzz, The Martian Manhunter had a daughter one time at his home planet, and this female martian called J'oan J'onzz is a clone of that daughter. 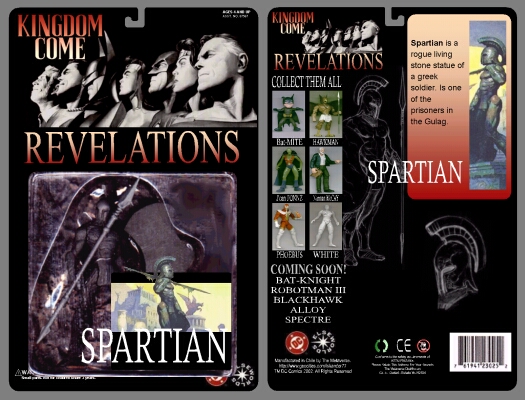 Spartian is a rogue living stone statue of a Greek soldier and is one of the prisoners in the Gulag. 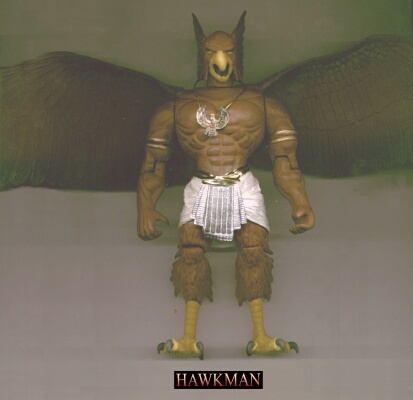 This version of the Hawkman combines the soul of Golden Age Hawkman (a reincarnated Egyptian prince) with the flesh of the mystic entity known as The Hawkgod. He is feared as a powerful protector of beasts and birds. 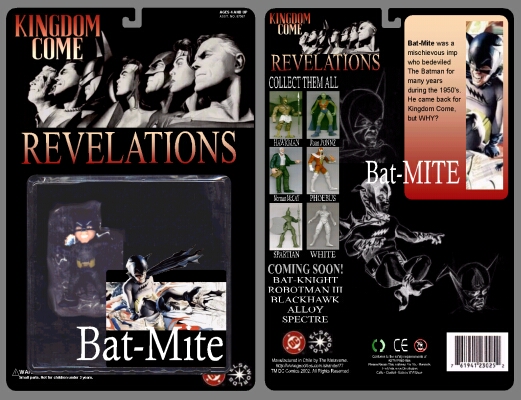 Bat-Mite was a mischievous imp who bedeviled The Batman for many years during the 1950's. He came back for Kingdom Come, but WHY?