Many fans have complained that there were not enough Picard variations made during Playmate's run. Well, looks like that situation is about to be rectified, using a combining of licenses across several companies. These will, of course, be sold under Art Asylum's banner.

Lieutenant Picard
Following up on the past Tapestry Picard, this is what Picard would have looked like eventually had he not accepted Q's offer to set everything back to how it was before.

Dressed Up Picard
This is a suit that Picard never actually wore on the Holodeck, although it's being released as a Holodeck figure. 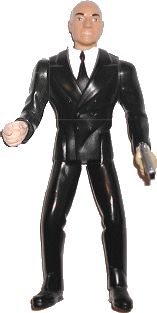 Trouble with Time Traveling Tribbles Picard
Starfleet was furious that the DS9 crew traveled back in time and interfered with Kirk's Tribble mission. So they sent Picard back in time to clean up Sisko's mess.

Darth Picard
You all remember the episode where Q catapulted Picard through time to a long, long time ago in a galaxy far away? Then you probably loved the part where Picard went undercover to infiltrate the Dark Side.

Super Picard
The crew of the Enterprise visited a planet who had based their culture off a DC comic book that had been in a crashed space ship. First mistaking Picard for Lex Luthor, then Alfred the butler, they eventually decided that since he was the leader on the Enterprise, he should be Superman.

Stripper Picard
Finally, there was the time that Picard was marooned on a planet and had to make money by dancing in a strip club. 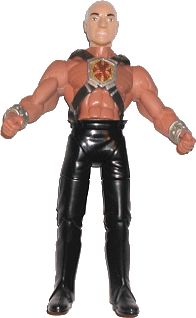