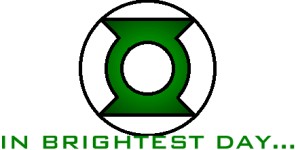 After questionable reception of their current animated-style lines, including Batman Beyond and Batman Beyond: Cyber Glowing Neon Disk Launcher Tech Wars, Hasbro has decided to return to the classic Batman and Superman animated series, featuring memorable designs by Bruce Timm and Glenn Murakami, and treat collectors to an assortment based upon the episode "In Brightest Day," wherein the Man of Steel meets a new Emerald Knight.

Headlining the assortment is Kyle Rayner, staff artist for the Daily Planet. Featuring an authentic power ring, Kyle can raise it proud as he salutes his Power Battery. 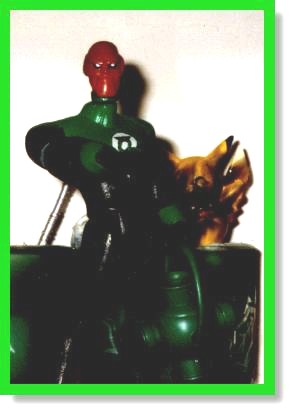 Veteran Green Lantern Abin Sur, comes with articulation at the shoulder, bicep, elbow, and wrist of his ring-bearing arm for maximum posability, as well as a Power Battery and removable head to simulate his disappearance after his death. 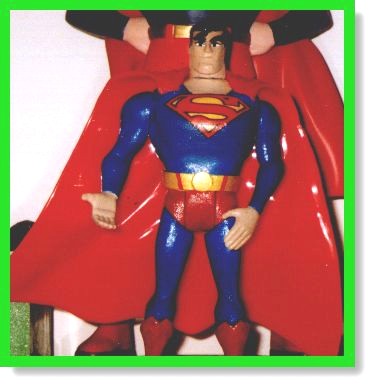 Essential to the guidance of Kyle is Superman, presented here with precise attention to detail and rendered faithfully as he appeared in his fifty-two episode animated series. 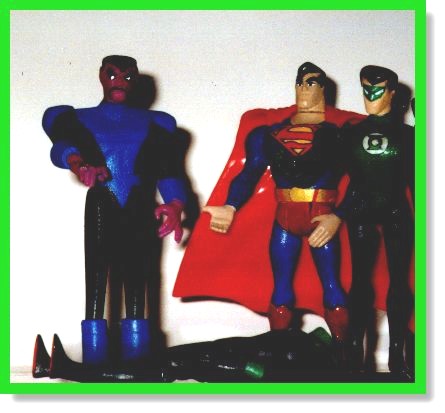 Rounding out the assortment is the vile nemesis of the Green Lantern Corps, Sinestro. He features an articulated ring-bearing wrist, sinister glare, and two power rings - one of his own corrupt yellow creation, and the other stolen from an upstanding ring-bearer.