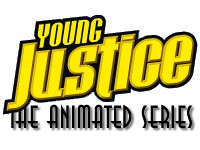 The figures on this page were made by Davy Stone and Chip Kraus.

They were all made using either the Crime Fighter Robin or the Arctic Blast Robin as a base. All were painted using acrylic craft paints unless otherwise noted.

The Secret was dremelled, and then plumber's putty was used to make her hips a bit more shapely. Then, AoA Jean Gray's hair was glued on, the CF Robin cape was trimmed and glued to her waist for her coat. Plumber's putty helped to blend it into the figure. 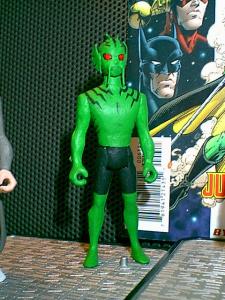 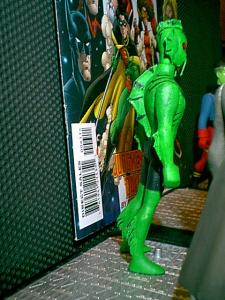 Lagoon Boy was dremelled smooth, and then cut toothpaste tube was inserted into small grooves cut into the figure -- this was a pain to get right. Thin wire was used for his whiskers, and a clear red acrylic paint was used on his eyes. 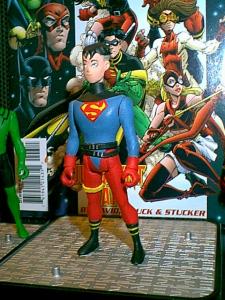 Superboy was dremelled and repainted, using rubber bands for cuffs, belts and straps. 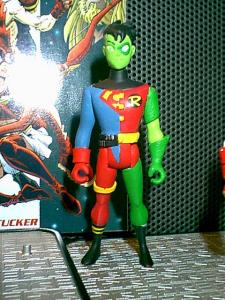 Composite Superboy was made just like Superboy and Robin (dremelled, with rubber bands for straps & belts).

Impulse was dremelled, with sculpey added for additional hair, cuffs & shoes, and toothpaste tube for ear-wings.