In addition to the World's Finest: Enemies and Allies wave, DC Direct has come with a predominantly Batman-related wave, Batman Adventures, to satisfy the Bat-fans out there. While all characters may or may not have been Bat-villains or Bat-partners, they sure made an impact on the comic world.

To accompany several new Batman story arcs DC Direct will launch these new sculpts of Batman, Green Lantern's arch nemesis the evil Sinestro, the ever-so kooky Deadman as he appeared in Kingdom Come. Along with these will be Harvey Dent, better known as Two-Face. And finally, the long awaited bat-collectible, a special limited edition Dark Knight Returns Anti-Superman Batman! 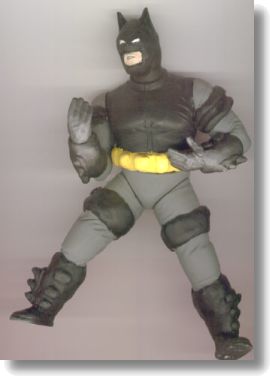