Playmates is extending its production of Star Trek action figures into 2001. As in the past, the figures this spring are aligned with specific episodes. 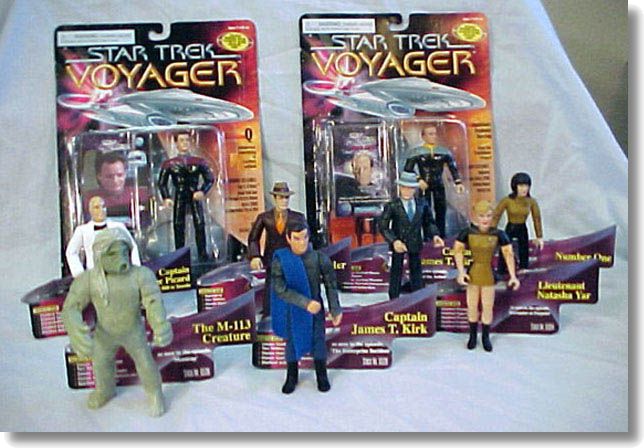 Group shot of the seven new figures of the first wave. In addition, new Voyager figures will be released in the original style packaging to commemorate the show's final season. 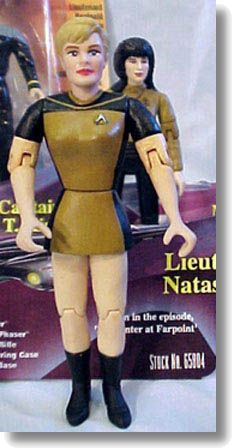 Lieutenant Natasha Yar as seen in the episode, 'Encounter at Farpoint.' In one scene, about as brief as her television career, Yar mans the bridge wearing the 'intergalactic cheerleader' style outfit.

Captain Kirk as seen in the episode, 'A Piece of the Action.' Kirk hams it up on a planet of gangster imitators while violating the Prime Directive yet again.

Mr. Spock as seen in the episode, 'A Piece of the Action.' Spock's 'Do I make you laugh?' scene, left on the cutting room floor, was later used by Scorsese in 'Goodfellas.'

Number One as seen in the episode, 'The Menagerie.' Gene Roddenberry sets a new standard for female leadership roles by assigning the Enterprise a female first officer. Unfortunately, in the regular series Majel Barrett is demoted to sickbay nurse. 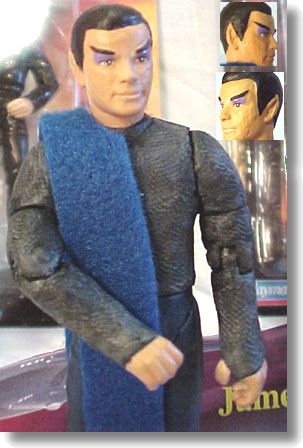 Captain Kirk as seen in the episode, 'The Enterprise Incident.' The Romulans demonstrate why they're the weak sisters of the Alpha Quadrant losing their prized secret weapon to Kirk in this obvious get-up. 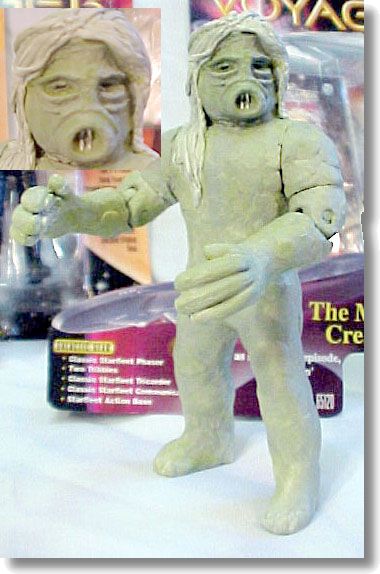 The M-113 Creature (a.k.a., the Salt Vampire) as seen in the episode, 'Mantrap.' Envious of Kirk for getting to make 'first contact' w/so many aliens babes, McCoy tries getting in on the action himself. Too bad this is what he gets. 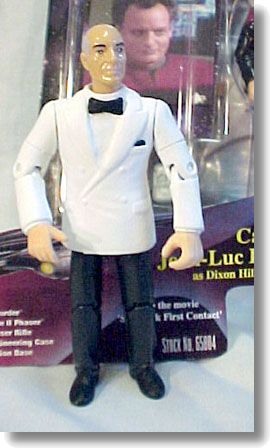 Captain Picard as seen in the movie, 'Star Trek First Contact.' After cutting up the rug on the Holodeck, (Picard), Jean-Luc Picard in his Dixon Hill persona goes postal on the Borg.