This Marvel's Most Wanted: Another Universe line is by Jack Hsu. 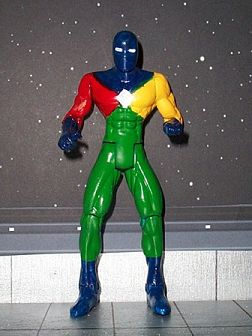 GrandMaster: A Quicksilver figure, repainted. Expoxy putty was added to further exaggerate the hair. The tunic robe was from an animated Fortress of Solitude Superman.

Hyperion: The Torso and Legs are from a Hercules Iaolus. The head is from an X-Force Banshee. The arms are from a JLA Martian Manhunter. The capes is a modified JLA Manhunter Cape. 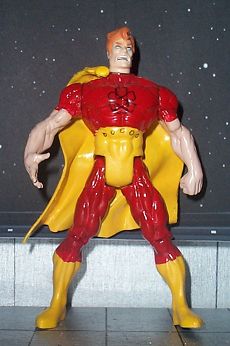 Power Princess: Fantastic Four Medusa figure. The hair was removed and epoxy putty was added to sculpt the helmet and new hair. The shield was from a Fantastic Four Invisible Woman. 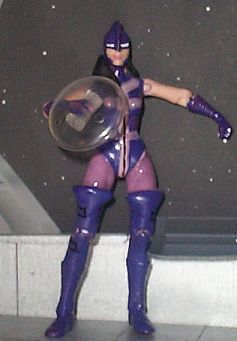 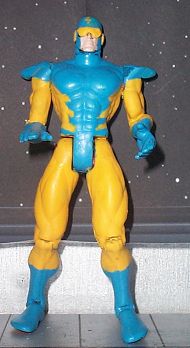