This Superman Lives! line is by Bat-Mite. 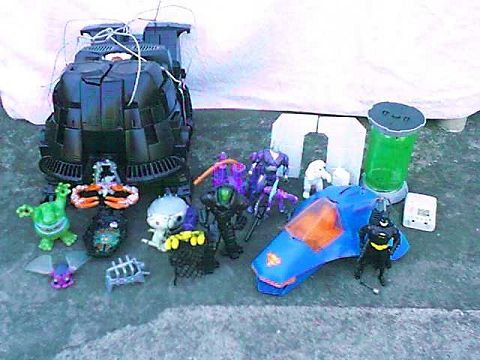 After reading Kevin Smith's script I was so disappointed that there was not going to be any merchandise because it was not going to be made. Then I remembered... I customize! So I set myself on the task on making some of my favourite customs to date! 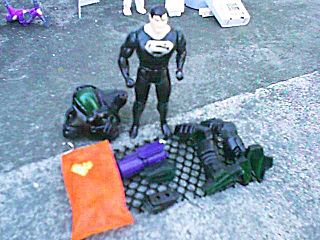 This is a repainted Super Powers (don't worry it was in bad shape!) Superman. The repainted armour used to belong to the S: TAS Lex Luthor and the weapon is a Superman: The Animated Series Brainiac weapon with a small piece of scrap that I had lying around for the net. 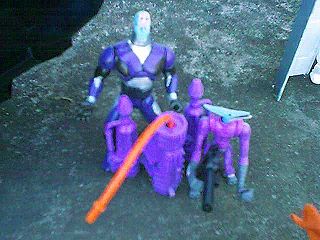 Like I said, a much cooler Brainiac is coming soon. But this one is a repainted STAS Lex Luthor body with a STAS Brainiac head. The weapon is made from part of the weapon that came with Doc Samson from the Hulk cartoon line and some other unknown accessory. The alien is made from the head of a Jurassic Park Pterodactyl and the body from one of the characters from the Captain Simian and the Space Monkeys line with his head and tail removed. His blaster is from a Transformer. 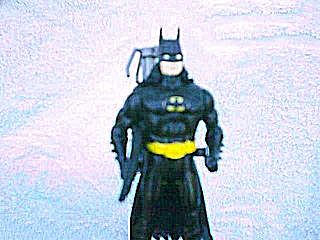 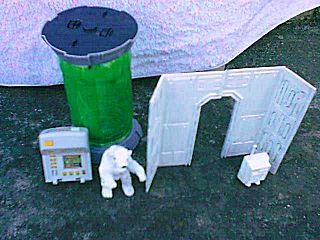 I'm hoping to add more to this piece soon but for now, this is how I made this one. The two computers are just a couple untouched, anonymous pieces, and the Rejuvenation Tube is honey container with a green, dribbly paint job and two bases on the top and bottom from a couple of the Batman Beyond toys from Burger King. The polar bear is an anonymous repainted brown bear. Also, the Fortress itself is made up of the two backgrounds that came with the Obi-Wan and Darth Vader figures a while ago, repainted with white and glow in the dark paint on the little shapes on the side. 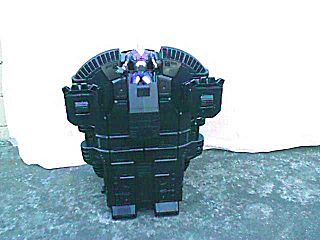 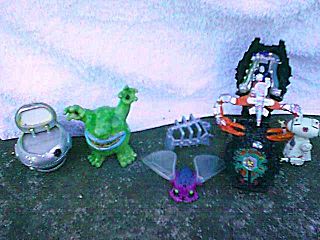 The Skull Ship is some giant turtle robot from Power Rangers with all of it's stickers removed and spray painted black. The "rib cage" (that I may redo) is made from wire coat hangers. The ATTACK DRONE is a repainted Happy Meal toy from "Flubber", CHOMP ALIEN is a repainted Krumm from the " Aaahh!!! Real Monsters" line without his eyes, SOARING ALIEN BUG is just some cool bug toy (I think his cage is from Jurassic Park), BRAINIAC'S OPERATING TABLE is made from a repainted part of a Mighty Max set. My favourite character in the bonus set, L-RON, is yet another anonymous dude. This one however, is a robot dude with the remaining set of wheels on his side torn off and with a drill from an Incredible Crash Dummies figure. And yes, this ship actually has a light-up and sound feature with two sounds (EEEWOOW! and KACHUNKAKKSHHSHH!)!