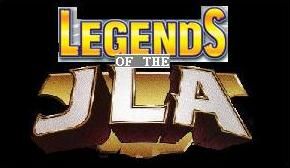 In times of great need, heroes have always risen from among us to protect; these soldiers of justice have held the line between chaos and society, protecting the good, punishing the evil.

Distant Thunder Studios is proud to present the next evolution in Justice League action figures, all featuring full articulation, detailed sculpting, and accessories. Here, only available at CustomCon, is a sneak peak at Wave 1 of these amazing figures.

John Henry Irons was inspired by the original Man of Steel to battle against the gang warfare on his home streets. Now, an accomplished hero in his own right, Steel comes with his trademark hammer, "laser" targeting beam and 30 points of articulation.

Brought to earth by cosmic mishap, a hero by destiny, J'onn J'onnz has been the driving force of the Justice Leauge for more than a decade. He commands supreme powers and the complete trust of his peers. He features a cloth cape and 19 points of articulation. 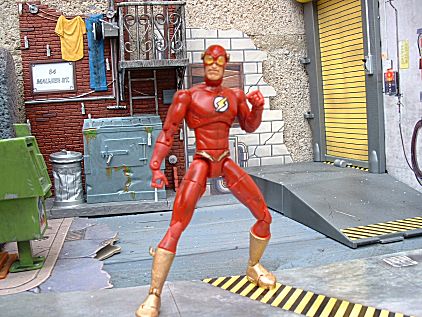 Wally West is the latest and greatest to carry the name of the Flash, a dynasty of speedsters unparalleled in their courage and, of course, speed. A very experienced team player, Flash has often been called the glue that binds the team together. Features 30 points of articulation.

A member of the legendary Green Lantern Corps, John Stewart carries awesome responsibility, wielding the most powerful weapon in the universe; the Green Lantern ring. His position in the JLA was hard-won, with difficult experiences weighing heavy on his conscience, always driving him to give his all. Features Green Lantern Battery and Shield.

A victim of violent crime as a child, Bruce Wayne vowed on his parents' grave to never allow another to suffer his loss. Now as the Batman, He uses his incredible fighting skills, unrivaled intelligence and an array of special weaponry to take his fight to the streets. This figure was designed to reflect his appearance in the Batman/Deathblow: After the Fire miniseries. He features 30 points of articulation, cloth cape, batarang and rope.

With a wave 2 already in progress for a Fall debut, this line has great promise. There is also a Batcave playset entering final design, and Distant Thunder has assured us a plentiful Rogues Gallery to line up with this already formidable series.