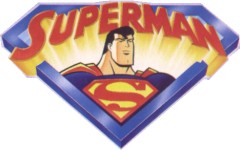 This wave consists of characters from New Genesis and Apokolips.

Highfather is the leader of the planet of New Genesis.

Lightray was another natural choice for a representative of New Genesis.

Orion was the character we've seen perhaps the most of, and it's great to finally see him in action figure form.

Mr. Miracle is also a representative of New Genesis in this wave.

Darkseid's uncle, Steppenwolf, makes only his second action figure appearance this summer, adding yet another character to what should make for a monumental cast of action figures. Make room on your shelf for this one!

Omega Defeat Darkseid and Forever Champion Superman come in a great two-pack inspired by their final battle in the "Superman" episode, "Legacy."

Another figure inspired by Superman's final episode is the amazing Legacy Superman.

A Desaad figure has been discussed, but company representatives were quick to say he has not been sculpted, and might possibly be bumped to a fall release.