Hasbro has announced plans to continue "BTAS: The Rogues," the classic BTAS-style figure line from last year devoted to the villains of Gotham City. "BTAS: The Rogues" continues to add long-awaited characters that were never made in the original line. As with last year's line, this year's will feature several new figures that never appeared on the animated series, but that have a significant place in Batman's history. In addition, this year's line will add a few villains from the series that weren't shown last year, and will also have a few more heroes. Consulting with producers Bruce Timm and Paul Dini, Hasbro has come up with a classic mix of villains from the comics and has weaved them into the BTAS universe as if they were there all along. This time, Timm and Dini take the storyline from the dynamic duo's beginnings to their ultimate parting of ways, and include villains from every part of their history together.

As Robin and he grow further apart, Batman first starts wearing the costume that will later appear in the New Batman Adventures. Batman comes with - you guessed it, two Batarangs. 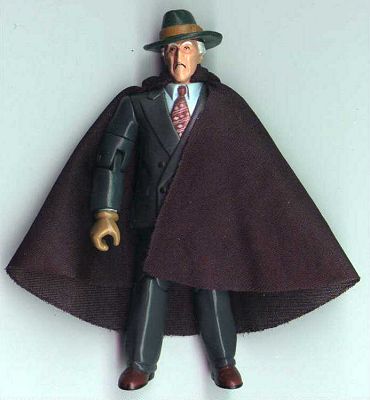 A figure that was meant for production last year, Clayface I finally surfaces. Basil Karlo, mentor to Matt Hagen in more ways than one, returns to Gotham to reunite with his understudy, and perhaps find a way to extend his shortening life. Clayface I comes with a dagger.

Just as Batman goes for a change of wardrobe, Robin begins considering a change of identity. Secretly prowling the streets of neighboring Bludhaven when away from Batman, Robin takes on a new role, that of Nightwing. Nightwing comes with two escrima sticks. 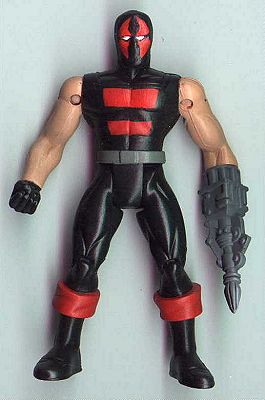 Anatoli Knyazev, the Russian assassin, comes into conflict with Batman and Robin when he is hired to assassinate a world leader who is visiting Gotham. A human killing machine, the KGBeast may be more than the dynamic duo can handle!

As he and Robin continue to drift apart, and after taking a beating at the hands of the KGBeast, Batman considers his future when he is once again alone against the underworld. Utilizing Wayne Tech's greatest resources, Batman puts together a unique "prototype" to help him in ways that a normal costume can't, including built-in weapons, stealth capability, and boot jets. After a couple of test runs, Bruce decides to put the suit into storage, considering it a silly idea. Who would believe a Batman like that?

Master of a worldwide snake cult since birth, Kobra begins what will be a life-long war with Batman. Kobra comes with a snake staff and two daggers.