Hasbro gave a special presentation here at the con this year, once again reviving their Superman: The Animated Series line! They showed a large number of new figures. 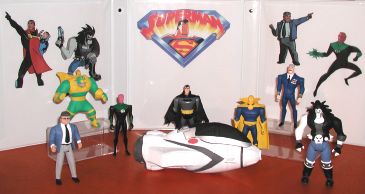 One of Hasbro's Superman displays 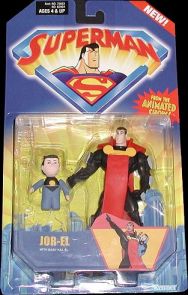 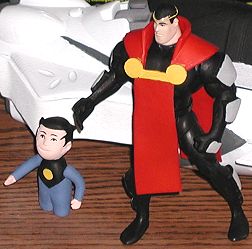 Jor-El and Baby Kal-El are a great addition to the line. 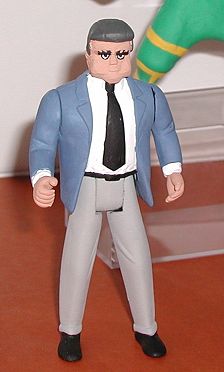 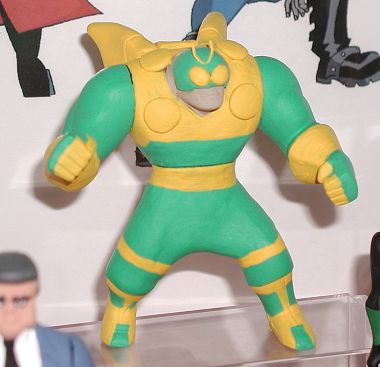 The Parademon is here, ready to assist the other New Genesis villains in attacking the Earth. 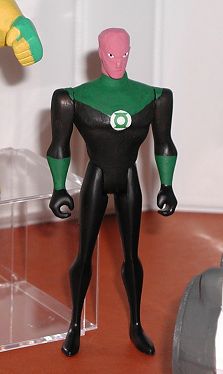 Abin Sur is ready to fight and even die for the cause of the Green Lantern Corps. No evil shall escape his sight. 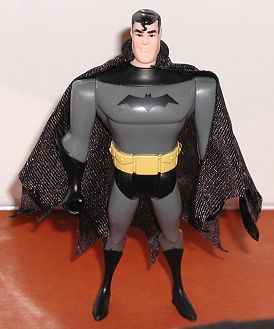 Dark Knight Superman is ready to step in for Batman. No criminals in Gotham are safe when Superman's on the job! 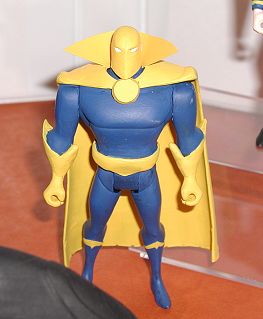 Dr. Fate is ready to step in and assist Superman in all matters supernatural.

Colonel Sam Lane is a great addition to Hasbro's non-super-powered figures, and will go great with the previously released Lois Lane.

Lobo is here to help Superman fight the Preserver's Monster from "The Main Man, Part II." 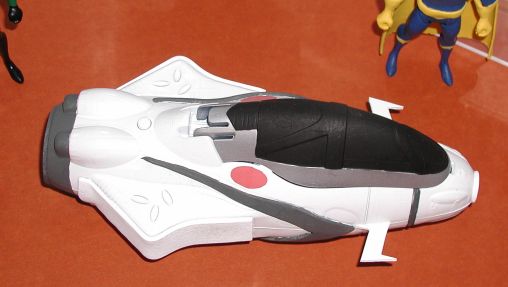 Here we have a new vehicle for the Superman line. This is the Kryptonian Rocket that originally brought baby Kal-El to the planet earth.